“Spring Tourism in Campania” by The Los Angeles times

Spring Tourism in Campania by The Los Angeles times

Go to Campania and do it now! That’s the message of the report written a few days ago by Rosemary McClure of the Los Angeles Times.
You can find newspaper’s report below:
Getting the timing right for Capri, Italy!!
Europe’s favorite island getaway is swarmed in July and August. But May and September are great months to enjoy its winding cobblestone streets and rocky beaches.
“Don’t go there,” a well-traveled friend said when I mentioned my plans to visit Capri, a sunny island off southern Italy. Why? “You’re not going to want to come home,” he said.

I laughed. My friend, a know-it-all author, loves to give advice. I didn’t need it; I already knew I would fall in love with Capri. It’s been one of Europe’s favorite island getaway for more than 2,000 years, enthralling a cast of characters ranging from Roman emperors to 21st century luminaries and A-listers.
It was a honeymoon destination for Greek shipowner Aristotle Onassis and his bride, Jacqueline Kennedy; a playground and movie set for screen goddesses Brigitte Bardot and Sophia Loren; a magnet for artists and writers such as Graham Greene and W. Somerset Maugham. Today’s see-and-be-seen crowd includes Harrison Ford, Julia Roberts and supermodel Naomi Campbell.

Every year, nearly a quarter-million vacationers join the glitterati, squeezing onto the 2-by-4-mile island, mostly in July and August. So many people pack Capri’s winding cobblestone streets and rocky beaches each summer that some travel guides, such as Fodor’s and Rick Steves, dismiss it.
But there is a way to avoid the madness: See it in May or September.
My trip in May qualified as a celebration of sorts: A friend was making merry at the end of lengthy divorce proceedings. She invited four friends to accompany her, all of whom left husbands or boyfriends and kids at home for a two-week getaway. My time (and budget) were limited, so I dropped in and out of the trip, joining them for the Capri segment.

My trip to get here was so convoluted I sometimes wondered whether I would make it. My itinerary took me from Los Angeles to Rome by air, to Naples by train, to the Amalfi Coast village of Positano by hired car and finally to Capri by hydrofoil. As I sped across the water I decided that, on my next trip, I would skip all the sightseeing, fly directly to Naples and jump on the ferry for the 40-minute ride.
The island appeared on the horizon as a stark mass of limestone rising out of the Tyrrhenian Sea. Villas perched precariously on hillsides and fishing boats bobbed on the waves. I couldn’t see the island’s iconic towering rocks, called faraglioni, from the direction we approached, although later that day I would see them from the land.

The ferry docked at the scruffy port city of Marina Grande, which most tourists exit quickly to ascend to the hilltop village of Capri Town, where the über-chic can be found lolling by pools at private villas or expensive hotels, flashing their platinum cards at chichi shops or sipping limoncello, southern Italy’s signature beverage, at outdoor cafes.
Day-trippers swarm Capri and I’d expected to be surrounded by crowds when I stepped off the funicular at the Piazzetta, Capri Town’s small, beautiful plaza.

I was, indeed, surrounded, but not by a crowd of tourists.
I suddenly had become part of a wedding party. Someone handed me rice as a bride and groom emerged from the Baroque church Santo Stefano and skipped hand-in-hand
Down a flight of steps toward me.
What a welcome. I had expected a teeming mass of tourists but felt instead as though I’d parachuted into a gracious Italian village.
At its heart, that’s what Capri is during much of the year. The season runs from May 1 through Sept. 30; many hotels and restaurants are closed the rest of the year. Off-season, the island belongs to the Caprisians.

The off-season may not appeal to some because of rain and wind. But in May, June and September, beautiful weather prevails, and travelers who arrive during those months miss the hordes.
Before I took the sea tour, I wanted to see the island by land. I didn’t want to spend much time at high-end boutiques; there were dramatic views, graceful gardens, bright flowers and historic ruins to see. Because cars are banned in the main city, we walked everywhere, through island’s history and characteristics as we strolled.
Finally to Anacapri, which caters mainly to tourists but offers a more casual face to visitors and has its own attractions.

At the top of the list sits Villa San Michele, home to gracious gardens and spectacular panoramic views of Capri’s coastline, the Sorrentine Peninsula and Mt. Vesuvius. The complex, on a ledge about 1,000 feet above the sea, was built on the ruins of an ancient chapel around the turn of the 20th century.
Then the Mt. Solaro, at the summit of the island. We could hike up the hill, a 90-minute walk, or take a chairlift, which makes the trip in 12 minutes. After two days of walking the hilly, cobblestone paths of Capri, I voted for the chairlift. Suspended from its lofty swinging seat, I could see the island’s rural charm: sweetly scented lemon groves, sun-bleached stucco farmhouses and banks of brilliantly colored bougainvillea.

Capri’s rural areas are the main allure for some visitors to the island, who come to hike and commune with nature instead of hitting the shops. Miles of ancient trails crisscross the countryside, stone pathways that are marked by the wear of 2,000 years of foot traffic. Smart travelers hike these charming, lonely trails from 11 a.m. to 4 or 5 p.m. each day while day-trippers swarm the island and clog the streets of Capri Town and Anacapri.

Another way to while away those hectic hours: See the island from the sea. My friends and I did just that, on the gozzo, a classic wooden boat used for lounging and sightseeing along the coast.
Our first stop was the Blue Grotto, a sea cave known for its ethereal blue light. The cave, Capri’s best-known attraction, has a low, narrow entryway and can be accessed only from the water. To enter, we transferred from the gozzo to small rowboats. The boatman told us to lie on the floorboards.
When the tide was right, he hunched down in the boat too and maneuvered it through a cleft in the rocks on an incoming wave. We flew through the low opening and entered a new dimension where a shaft of sunlight streaming through the cave entrance flooded the grotto with brilliant blue light.

We spent about 10 minutes in the cave, looking into its silvery waters and listening to our boatman sing an echoing version of “O Sole Mio.” Then he cautioned us once again to lie on the floorboards to avoid smashing into the cave wall as we exited the grotto on a retreating wave. Touristy but fun and exciting too.
Then it was back to the gozzo for a half-day cruise around the island. The din of Capri Town faded as we swam in sea caves, lounged on the boat’s deck, spotted mountain goats clinging to the hillside and marveled over spectacular views and scenery.

Yes, my friend the author had a point, I thought, as I drifted under a blue sky. Capri’s rugged seascapes, chichi piazzas, cool cafés and charming countryside had cast their spell.
Home? Perish the thought.
Reporting from Capri, Italy— By Rosemary McClure of the Los Angeles Times. 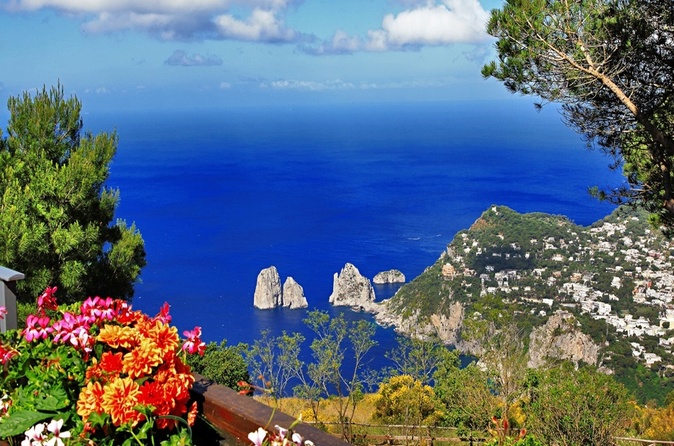 Capri is one of the most enchanting islands in the world, and a “must see” on the international tourist route.
Learn More 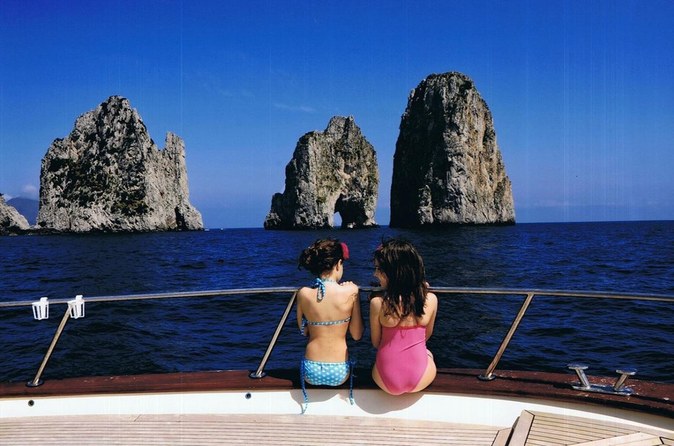 Don’t miss the chance to visit Dreamland. The best way to discover the attractions of Capri Island, with its hidden spots is by private boat.
Learn More 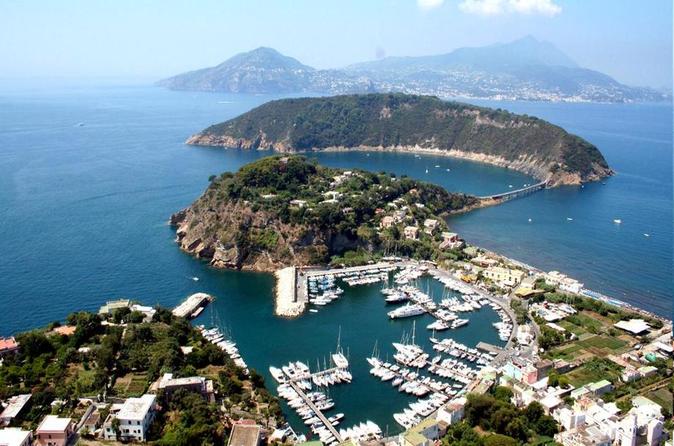 One of the best ways to visit the island is a tour by boat, so you can visit the must enchanting bays where the landscape is wonderful.
Learn More 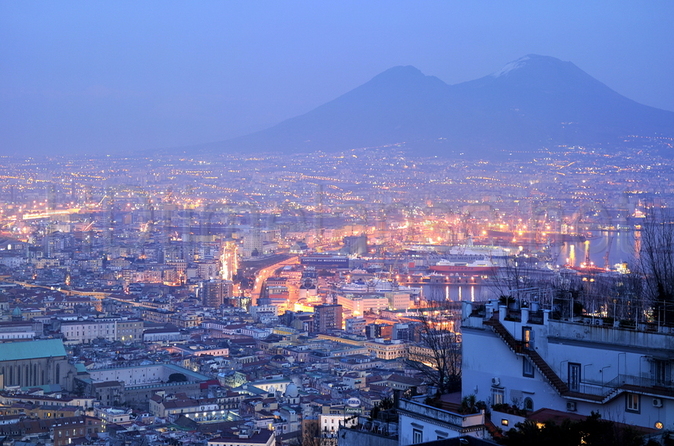 This tour will guide you through the highlights of Naples and You will live Naples as locals do by learning their traditions.
Learn More 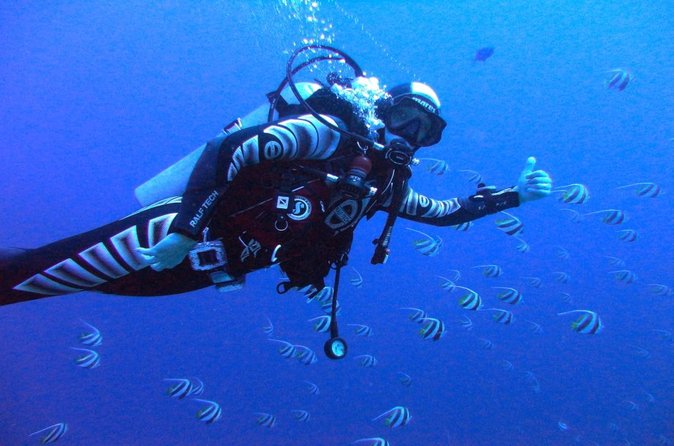 Dive in the beautiful surroundings of one of the most famous and beautiful coasts of Italy, the Amalfi Coast.
Learn More 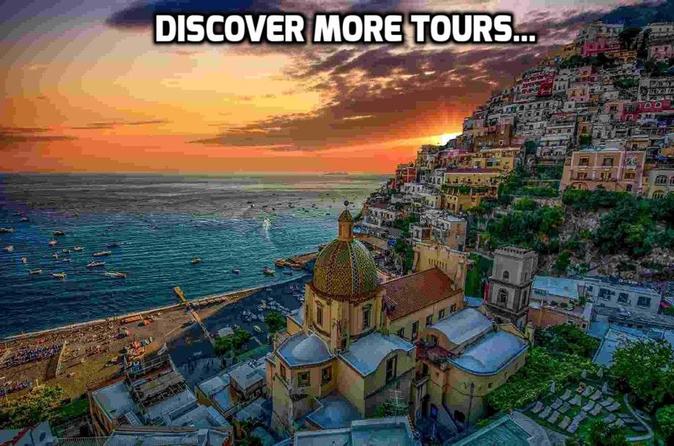 Discover more tours on the Amalfi Coast and explore the natural beauties and the rich cultural background of this place.
Learn More

Get in touch with us 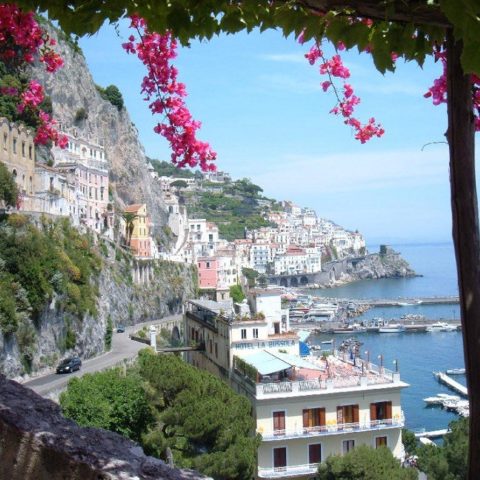 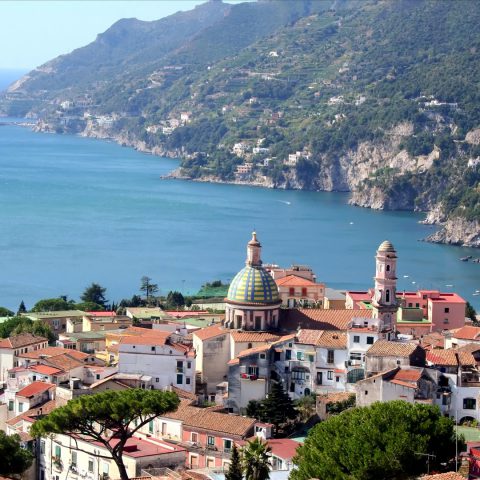 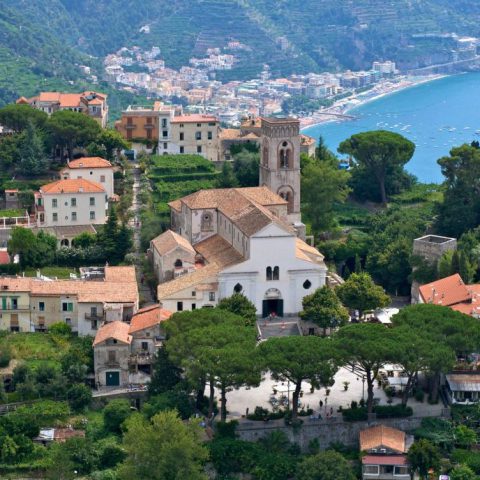